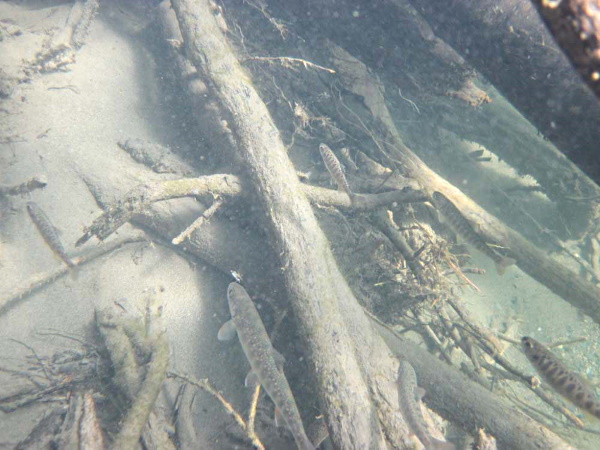 In a natural testament to the stability of some terpenes, scientists have yielded a monoterpenoid and a sesquiterpene from ancient conifer trees that had been submerged for millions of years.  Both of these terpenes were found in unaltered condition, although tests showed that other, more volatile monoterpenes did not fare as well in the anerobic underwater environment.

Researchers in Japan recovered conifer wood from the bottom of the Noto Peninsula, which harbors an ancient submerged forest from the Miocene era (5.3 to 23.3 million years ago).  Analysis of solvent extracts prepared from these silicified wood samples showed that two terpenes were present in unaltered condition: α-terpineol – a monocyclic monoterpenoid, and α-cedrene[1], a tricyclic sesquiterpene.

Similar findings have been reported in Istanbul, where scientists have recovered cedrene in pristine condition from the marine pilings of the ancient port of Theodosius[2].  The cypress wood recovered from this port was dated to around 1100 AD.  Researchers noted that other terpenes, particularly monoterpenes, were significantly altered .

Interestingly, terpineol and cedrene are commonly found in cannabis – terpineol as a major compound, often within the top 12 terpenes by concentration, and cedrene as a secondary compound.  The recovery of terpenes in unaltered condition from ancient submerged wood indicates that these and other compounds could be preserved in aged or long-cure cannabis, while also confirming the potential for loss of volatile monoterpenes over time.