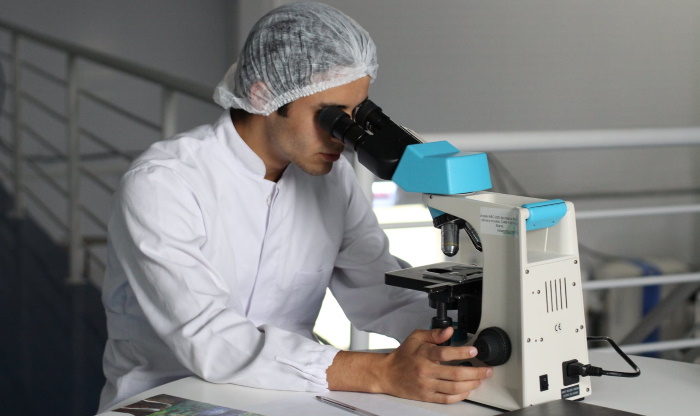 Scientists have “trained” some microorganisms to poop terpenes, including many of the most common terpenes normally found in cannabis.  These microorganisms include bacteria, fungi, algae, and even cutworm larvae, but E. coli is the champion of biotransformation, with scientists engineering these common bacteria to produce several different monoterpenes and sesquiterpenes as “waste” products.  However, although this may sound weird and surprising to some, this isn’t a new technology; researchers have been working on these projects for decades.

When some microorganisms are fed a specific substance as food, the process of digestion or biotransformation results in the organism pooping out a totally different substance.  In many cases, the food taken in becomes terpenes on the way out.  Researchers have taken advantage of this shit, and have even begun engineering certain microorganisms to poop some of the most useful and difficult-to-produce terpenes.

E. coli bacteria is the standard that scientists work with when they’re looking for a microorganism to figuratively crap gold. These bacteria have been engineered to eat carbon and poop sabinene[1], a Top 30 terpene in cannabis. Other researchers produced nootkatone – a valuable and difficult-to-produce aroma molecule – from the biotransformation of valencene by E. coli[2].  Researchers in China engineered E. coli to consume glucose and then poop out geraniol[3], while other work has shown that E. coli can be metabolically engineered to produce farnesene[4], and myrcene[5], and, if fed acetic acid, the bacteria can produce beta-caryophyllene[6] – a dietary cannabinoid.  Fascinatingly, E. coli has also been engineered to inversely produce geraniol from geranyl acetate, and geranyl acetate from geraniol[7] – both important terpenes in cannabis.

Fungi has also been the subject of this seemingly mad-scientist work, with Corynespora cassiicola, a species of sac fungus, being engineered to produce valuable linalool oxides after being fed pure linalool[9].  Brewer’s yeast (S. cerevisiae) – already in use for centuries to produce beer – has been engineered to produce the monoterpene ester geranyl acetate via the biotransformation of various media[10], while other scientists have built cell factories where S. cerevisiae produces nerolidol[11] – a Top 10 terpene in cannabis.  Botrytis cinereal – a common and pervasive fungal pathogen of cannabis – has been engineered to poop geraniol as a gasoline alternative[12], and, in a twist of function, two Mucor fungi species have been engineered to consume the terpene valencene, and in turn produce nootkatone[13].

While this work may seem novel and interesting, it’s likely that this could be the beginning of the end of sourcing terpenes from trees, herbs, and other plants, as many of these processes are inefficient and destructive to the environment.  One day soon, the bulk of our need for important compounds may be filled with products that were engineered for us in factories staffed by bacteria or fungi.  In other words, we’re not too far away from being full of shit.